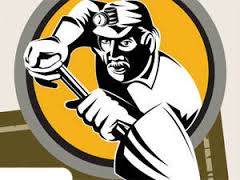 The import of coal has been one of the significant factors contributing to the Current Account Deficit (CAD) in India that touched 4.8 per cent (approx USD 88 billion) of India’s Gross Domestic Product (GDP) in 2012-13 period. Rising imports, coupled with fall in value of rupee, resulted in a drain of foreign exchange from the country. It is surprising to note that although India has the fifth largest reserves of coal in the world totaling up to 235 BT in 2011, the gap between production and consumption of coal has been increasing over the years from 72 MT in 2009 to 82 MT in 2011.   India imported around 135 MT of coal in the 2012-2013 and is currently the second larger importer of coal after China.

Here we look at some of the issues pertaining to the coal sector in India.

Issues related to import of coal

India needs to import substantial amount of coal from countries like Australia, New Zealand, South Africa and Indonesia. Indonesian coal accounts for a bulk of India’s thermal coal imports, while steel-making coking coal is imported largely from Australia and South Africa. Owing to the increase in environmental concerns, coal exporting countries such as Indonesia imposed coal tax and Australia levied carbon tax in 2012.  The imposition of taxes increased the cost of coal for the plants in India that are especially designed to use imported coal, This resulted in power producing  companies such as Tata Power and Adani Power to demand for rate revision in their power purchase agreements (PPA). However the government upheld the PPA, while agreeing for a temporary upward revision in price in some cases.

Domestic production of coal is beset with challenges both in terms of quality and quantity. Problem of quantity relates to environmental, rehabilitation and technological issues in opening up of new mines and in increasing recovery from currently operating mines. Sustainable solutions are needed to address the environmental and rehabilitation concerns. Since most of the coal deposits lie underneath forests and tribal regions, mining requires felling of forest and resettlement and rehabilitation of affected people. Mining in such areas, if left uncontrolled, can cause environmental and social havoc. Environmentally sustainable mining is costly which is bound to reflect on the cost of electricity. Increasing prices of electricity is as much a political decision as a business one.

By and large, domestically produced coal has problems associated with grade and ash content. The Indian coal mines produce coal that has higher ash content, and hence more impurities which increases the cost of cleaning. High ash content imposes a limitation to that coal being used in metallurgical processes. Around 70% of the coal in India is used to produce power and around 7% of the coal is used in the steel industry. Though the high ash coal can be used in power plants, but it produces substantial quantity of ash (both solid and fly), thus increasing the costs associated with cleaning and storing such ash. Additionally plants have to invest in capturing fly ash to adhere to flue-gas emission standards. Some older power plants also have limitations of space required for disposing ash. High ash content increases the cost of transportation per unit energy value of the fuel, further increasing the cost of production of electricity and metallurgical process. There are technological issues associated with plants which have been designed to work on lower ash content. Local coal needs to be blended with imported low ash content coal for use in such plants.

Coal India Ltd (CIL) is the only public sector company that mines and sells coal in the local market. In addition some companies like steel and power companies have their captive mines. Of late, due to supply constraints, CIL has not been able to fulfill the domestic requirement of power plants, after entering into Fuel Supply Agreements. Further, FSAs are waiting to be signed with many other power companies that are under development or have been awarded permission to set up new power plants. Domestic coal demand touched 772.84 million tonnes (MT) during 2012-13 period whereas production was at 557.60 MT. In the wake of the local shortages, coal imports have been increasing and are projected to increase further.

In 2012, the policy of the Government of India on allocation of coal blocks came under scanner due to allegations by the Comptroller and Auditor General of India (CAG) office, accusing the government of allocating coal blocks in an inefficient manner during the period 2004–2009. In spite of the government’s policy to open coal sector to private players, the coal allocation has been ineffective and has created a situation where coal is not available to power generators as and when required. On one hand few generators are occupying huge mines, whereas the newer ones are not able to start mining as they still haven’t got the mandatory clearances.

This has put the burden for supplying coal on CIL, the sole public sector coal producer. Current slowdown in the economy has adversely impacted the power producers as plant load factor (PLF) has reduced and short-term power rates are depressed. Rupee’s slide against the dollar has further driven up the cost of imported coal. The Indian buyers of coal are unwilling to shoulder the additional cost burden, and have cancelled contracts or sought to renegotiate contracts, causing coal cargoes to pile up at Indian ports. As nearly 60 % of country’s electricity generation is from coal-based plants, better power prices would have incentivized power producers to purchase costlier imported coal for generating more power.

All these factors have added to the increase in demand and supply gap, and have been deterrents in the country’s progress towards energy sufficiency.

Follow Scribble and Scrawl on WordPress.com
Join 3,638 other followers