India, in the 19th century, witnessed the peak of Britain’s colonial era, with the administration of the country shifting from the East India Company to the British Empire in the mid-19th century. This was also the period in which the many reform movements were initiated in an attempt to clear the web of archaic traditions and practices trapping the society.

Born in this age was Ishwarchandra Bandyopadhyay, a crusader of change in the Indian society. A polymath, scholar, social reformer, writer, philosopher and philanthropist, Ishwarchandra Vidyasagar was a key figure of the Bengal Renaissance that had begun with Raja Ram Mohan Roy. 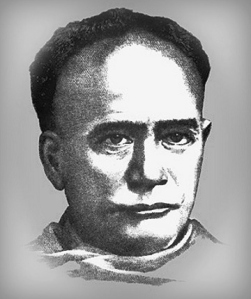 Though he had not met Raja Ram Mohan Roy, Vidyasagar took the work started by him to the next level and brought about massive social changes to the Indian society.

Here’s a glimpse into the life of the great social reformer.

Born on 26 September 1820, in Birsingha village of Medinipur, Bengal, in a Brahmin family of limited means, Ishwarchandra initially studied in the village pathshala till his father took him to Kolkata for admission in the Sanskrit College in 1829.

At the Sanskrit College, he mastered the Sanskrit language and cleared all annual examinations with exemplary brilliance. In 1839, he graduated in law examination conducted by the Hindu Law Committee. Due to his mastery over a number of subjects, his teachers bestowed on him the title Vidyasagar (The Ocean of Knowledge).

A prolific and vigorous writer in Bengali and Sanskrit languages, Ishwarchandra modernised the Bengali language and simplified the Bengali alphabet. The primer Varnaparichay that he wrote is used even today, for teaching Bengali to the children at the primary levels. With the goal of printing books that could reach all people at affordable prices, he founded the Sanskrit Press.

Rabindranath Tagore, who had read Vidyasagar’s schoolbooks as a boy, in his article ‘Vidyasagar Charit’, paid a tribute his invincible manliness and immortal humanity.

Vidyasagar strongly supported women’s education in our country. He helped John Elliot Drinkwater Bethune to establish the first permanent Girls’ School of India. Bethune School was founded on 7 May, 1849. Later, as the Inspector of Schools, Vidyasagar took the initiative to set up many Model Schools and Girls’ Schools.

After the ban of Sati came into effect, Bengal was faced with the problem of a large number of widows, who were subjected to a life of penance and ostracism. The next big problem to be tackled was to improve the plight of widows so that they could live with dignity.

Challenging the regressive traditional norms, Vidyasagar fought for widow remarriage in the face of bitter and stiff opposition of the orthodox society. He proved that the widow remarriage was sanctioned by the religious scriptures. Ridiculed by the traditionalists and discarded by many friends and relatives, he went on undeterred to advocate widow remarriage and opposed child marriage and polygamy. He finally succeeded in his mission with the passing of the landmark legislation of “Widow Remarriage Act of 1856”. With his limited resources, He organised many widow remarriages. He set an example for others to emulate through the marriage of his son Narayanchandra with a widow in 1870.

Also called a ‘Dayar Sagar’ (Ocean of Compassion), Vidyasagar spent all his money to help the poor and distressed people and even incurred loan for that. He repaid all the loan before his death.

Ishwarchandra Vidyasagar founded the Metropolitan School and Metropolitan College (Now Vidyasagar College) to impart modern education and knowledge. He was also the founder-member of the Calcutta University.

Several anecdotes revealing the multiple facets of Vidyasagar’s great personality are narrated even today in Bengali households. Here’s an interesting anecdote from his life.

Once Vidyasagar had gone to meet the Professor of the Metropolitan College at his residence for some work. As the Professor was not at home, the house help asked him who he was, and if he wanted to leave any message for the Professor.

‘Please tell Professor sahib that the Brahmin who arranges for the remarriage of widows had come to meet him,’ said Vidyasagar.

Later, when the Professor asked him why he had introduced himself in such a manner to the house help, he replied, ‘When all other identities fade away I will still be remembered as the person who brought about widow remarriage.’

Ishwarchandra Vidyasagar left for his heavenly abode on 29 July1891. His identity as the person who introduced the practice of widow remarriage stays forever.

This article is contributed by Bhudeb Chakrabarti, Dy IG (Retd) CRPF. He has commanded several Operational and Administrative functions in the force and has imparted training to gazetted officers of CRPF and other central & state police forces.

Follow Scribble and Scrawl on WordPress.com
Join 3,638 other followers