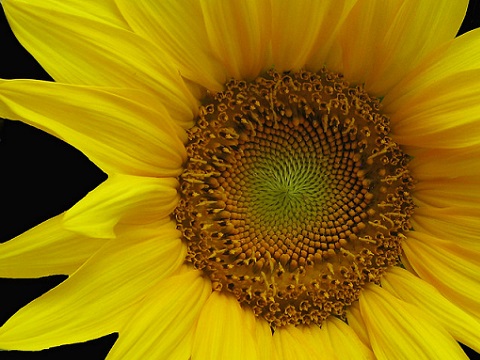 “The mathematician destroyed all the poetry of the rainbow by reducing it to its prismatic colours.” is how Newton was once referred to by noted poets of his time.

Poet William Blake had once said, “God is not a Mathematical Diagram“.

But a flower surely is! Mathematics defines the shape of spirals and curves of sea shells, sunflower heads, wherein poetry describes their beauty.

Like apples and oranges, mathematics and poetry are considered to be divergent streams that have little in common. Whereas mathematics is a left brained activity that represents analytical thoughts devoid of feelings or senses, poetry is a right brained activity, which is mostly about emotions.

Yet, despite these stark differences, the two streams have similarities more than may be apparent.

Mathematics recognizes the finite and the infinite, relative and absolute, symmetry and asymmetry, and takes into account notion of convergence and divergence, and rationality and irrationality. So does poetry. Being aware of the parallels between the two can provide a sure shot boost for creative thinking.

The Epigrams by Rabindranath Tagore beautifully illustrate the concept of contrasting notions as can be found in mathematics in inverses and reciprocals.

“I have created this world,” proclaims Time.

“And we have created you,” the clocks chime.

I will close my door to shut out all possible errors.

“But how am I to enter in?” cried Truth.

Mathematical ideas involving astronomy and time, are found in the hymns of the ancient Indian epic Rig Veda, which supports the view that ancient poets were also mathematicians of their time.

Numbers are sometimes used in poetry for effect, and mathematicians find poetry in numbers. Both have structures and patterns. Poems generally follow a mathematical structure and have a chosen number of stanzas, wherein each stanza has a certain number of lines, and lines may have a certain number of syllables. Then, there is the shape of a poem – most often rectangle and sometimes can be a diamond or a leaf or any other shape. Mathematics is about all possible shapes.

Here is a collection of quotes that highlight the connection between mathematics and poetry.

“It is impossible to be a mathematician without being a poet in soul.” ~~ Sofia Kovalevkaya in Recollections of childhood, 1895

“Pure mathematics is, in its way, the poetry of logical ideas.” ~~Albert Einstein

“All poetry is putting the infinite within the finite.” ~~ Robert Browning

“The moving power of mathematical invention is not reasoning but imagination.” ~~ Augustus De Morgan

“Number theory is like poetry. They are both the same kind. They start a fire in your mind.” ~~ Olga Tausky Todd

“An equation for me has no meaning unless it expresses a thought of God.” ~~ Srinivasa Ramanujan

“It could be said that mathematics and poetry are the freest intellectual activities of human beings.” ~~ Cai Tianxin

“I am interested in mathematics only as a creative art.” ~~ GH Hardy

Lastly, sharing here a part of a poem from: A Mathematical Problem by Samuel Taylor Coleridge

This is now–this was erst,

Proposition the first–and Problem the first.

On a given finite Line

Which must no way incline;

To describe an equi–

Be the given line

Which must no way incline;

That we describe an Equi–

Aid us, Reason–aid us, Wit!

Mathematics in Poetry , JoAnne Growney, Journal of Online Mathematics and Its Application

Lei: A wreath for your soul  is a string of short poems reflecting on nature, life, illusion and inspiration.

If you believe that any picture on the site infringes your copyright, please inform and it will be removed

72 thoughts on “Mathematics and Poetry – What’s the connection?”